Blackpool South Pre-Wedding Shoot | We met up with Angela & Matt in Blackpool for a fun filled night shoot. With it being a bank holiday weekend, we were trying to avoid the crowds :). A&M had the great idea of having something a little different and they asked if they could have the shoot focused around them just having fun with the viewpoint of us being a fly on the wall type shoot. Its safe to say we loved the idea. We decided to meet up a little earlier to catch a little bit of light in-case we couldn’t get what we wanted after the sun had set.

We started the shoot as we do with most of our couples, a little chat to to put them at ease, followed with a few test shots. Nothing overly posed, just a few suggested shots and leave them to fill in the blanks while they get used to the camera. Throwing in the “pretend to love each other” line seems to get a few laughs allowing us to catch those in-between natural shots. 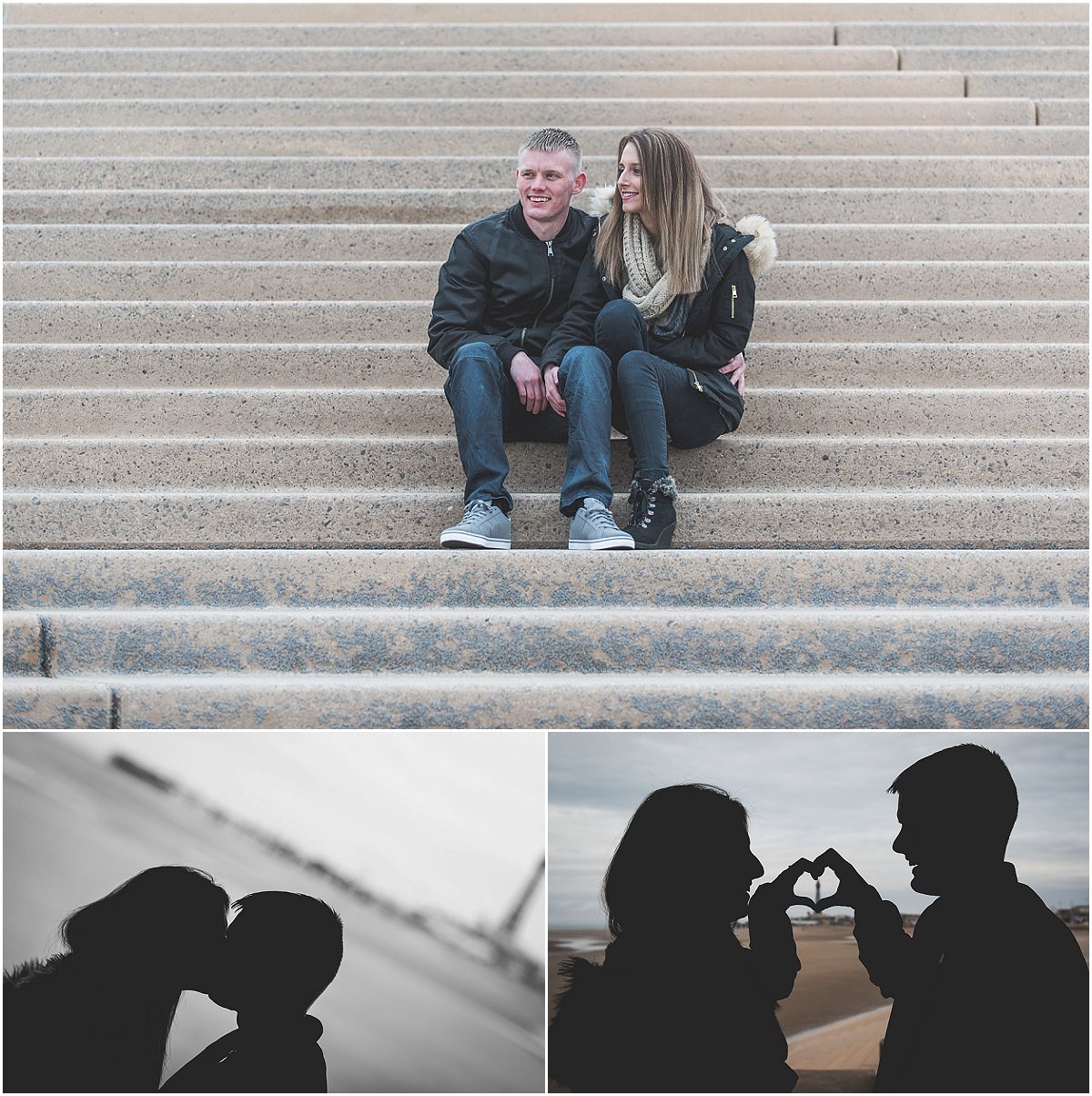 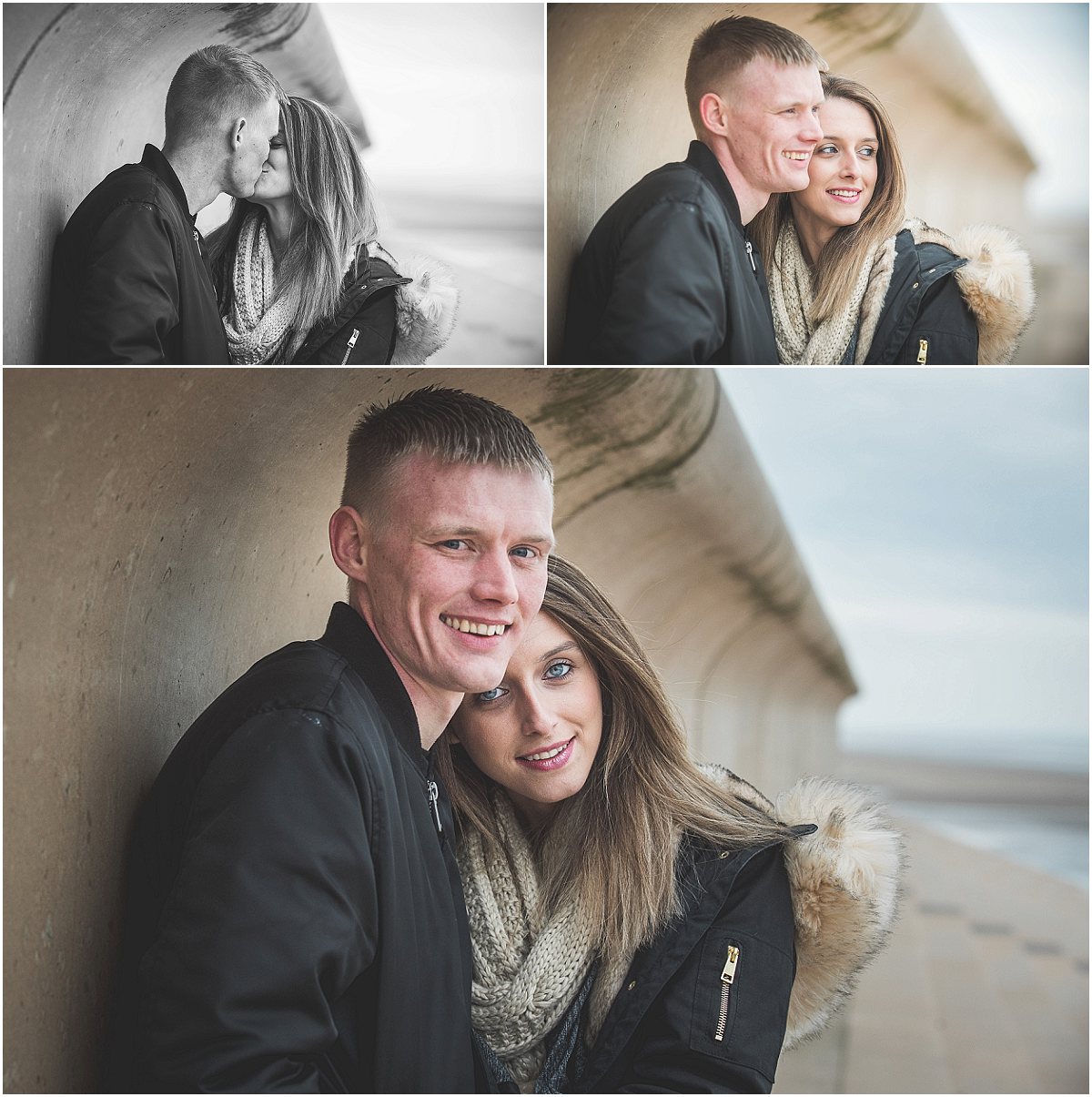 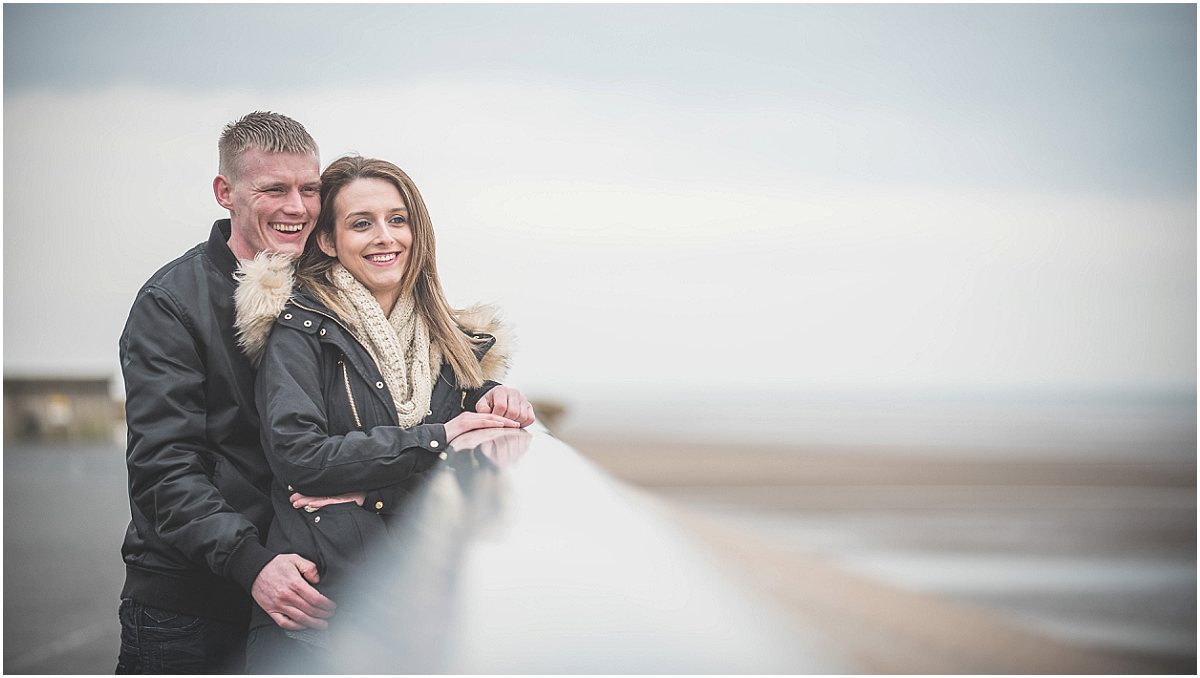 Moving on to the fun part of the shoot. We headed into the South Pier amusements where the plan was to re-create something special. A&M first met on a blind date here nearly 10 years ago and wanted to celebrate this with their Pre-Wedding shoot. They wanted to capture the fun that they had together that very 1st night and re-create it 10 years later. 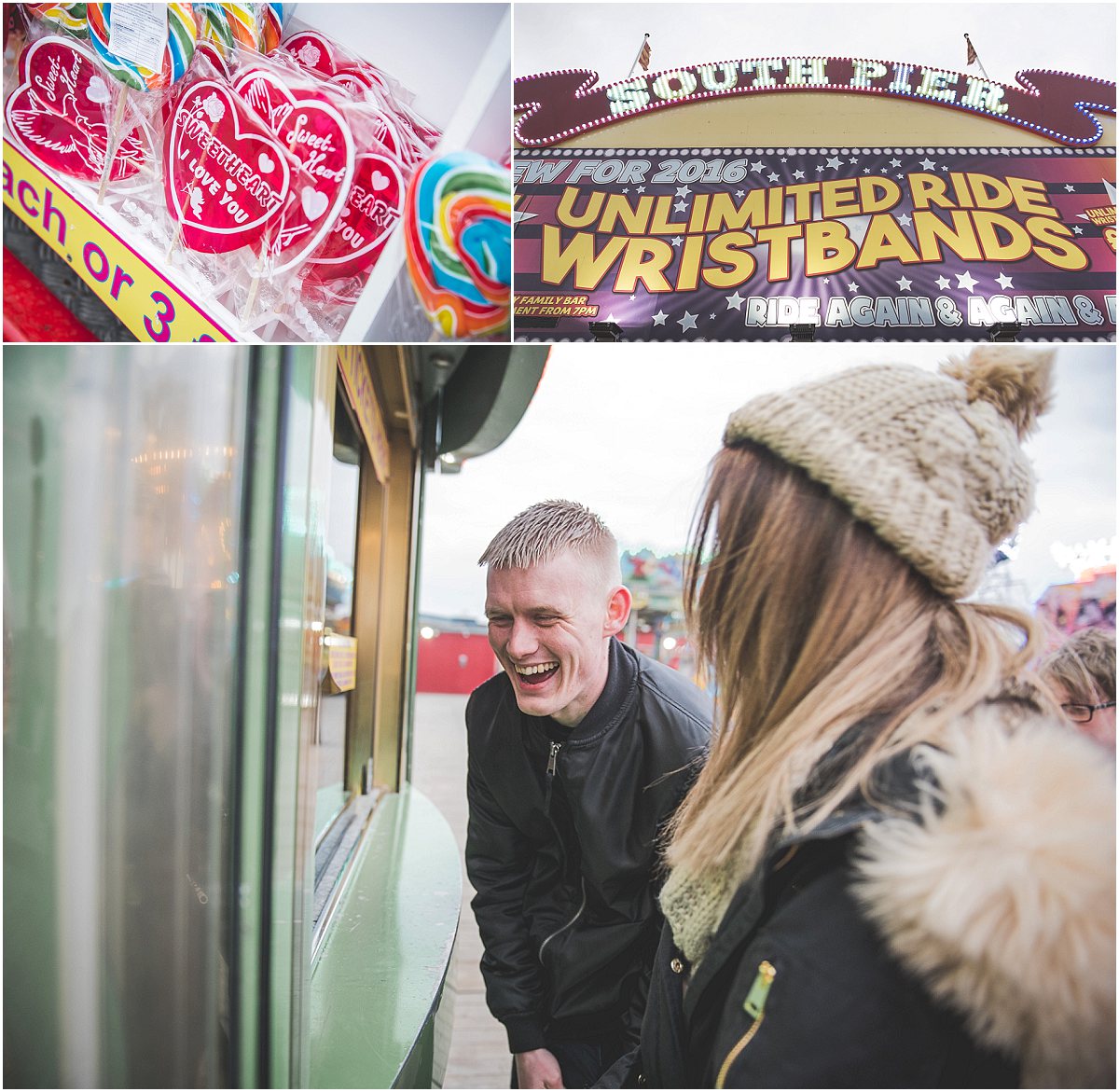 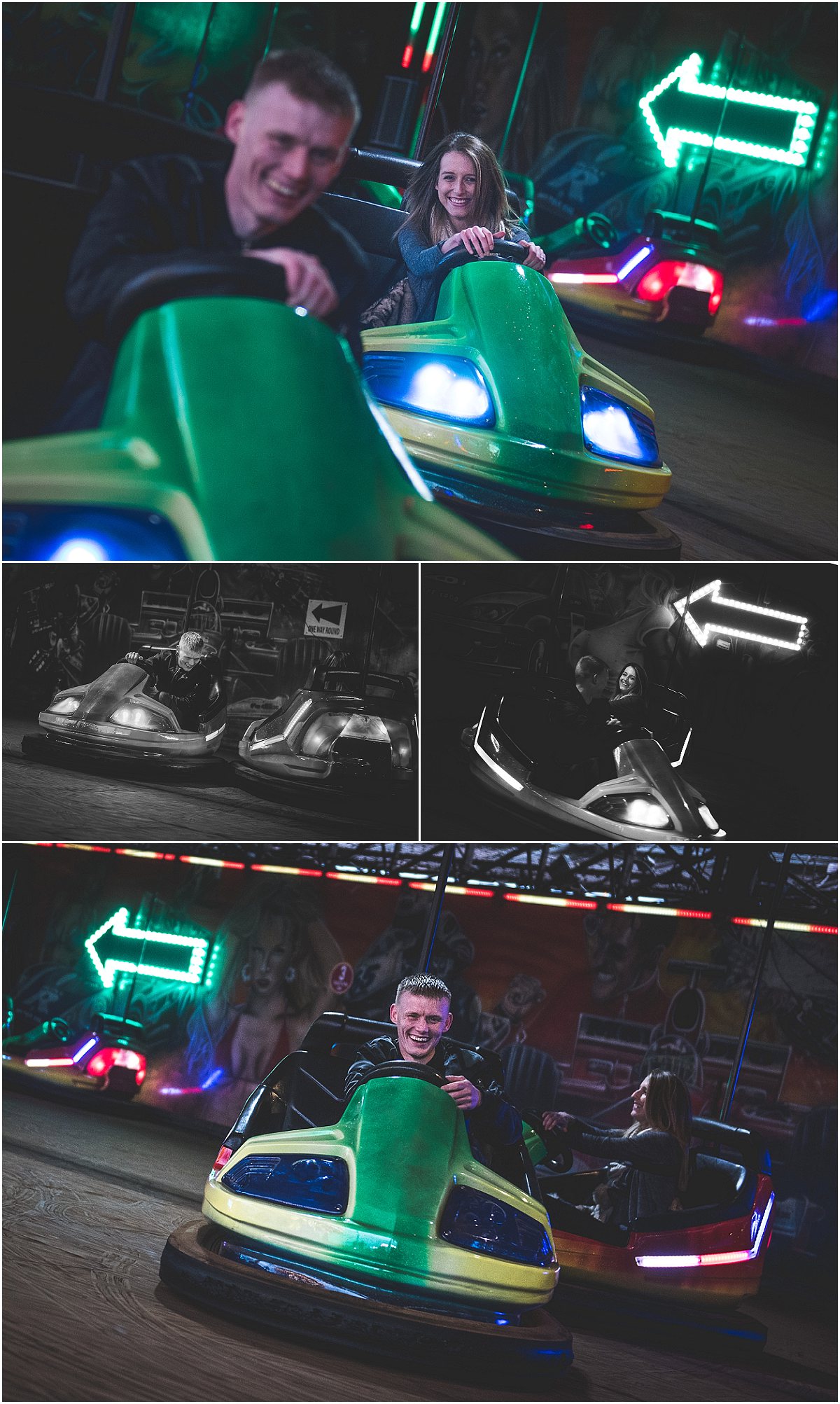 It’s getting a little cold out, lets head inside

After spending the last half hour spinning round in circles, we decided to move back into the amusements and have some more fun indoors (it was getting very cold and hard to hold the camera) 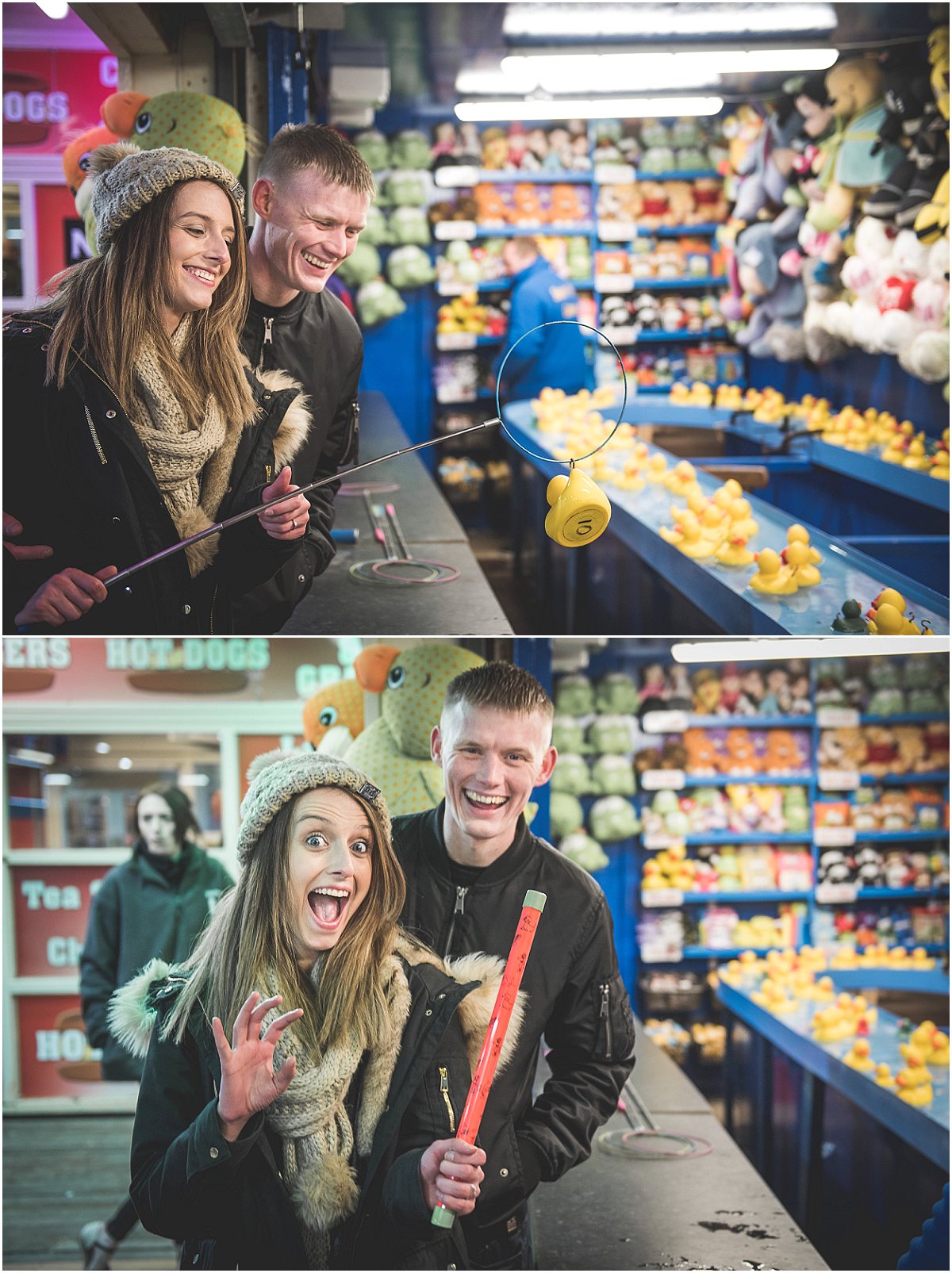 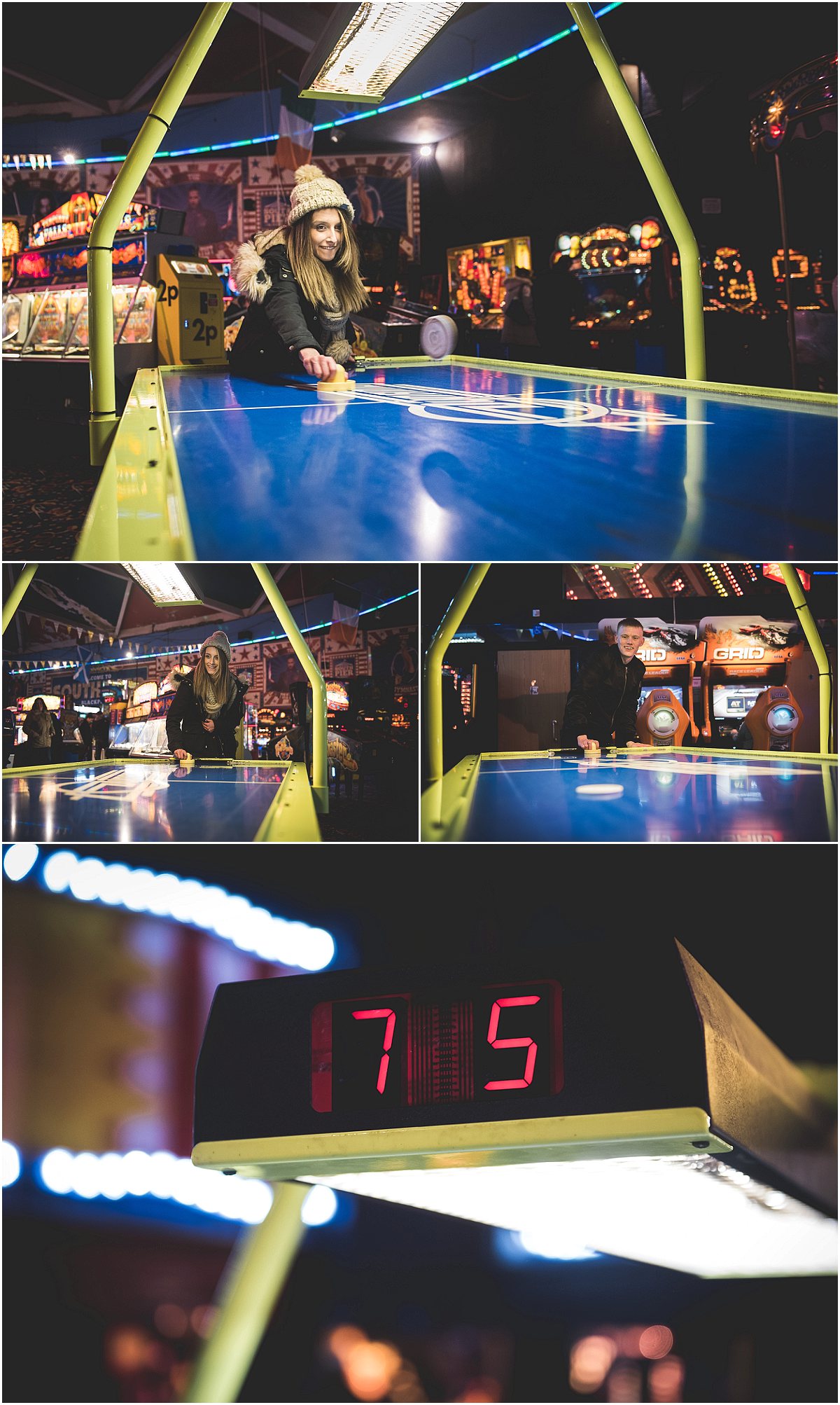 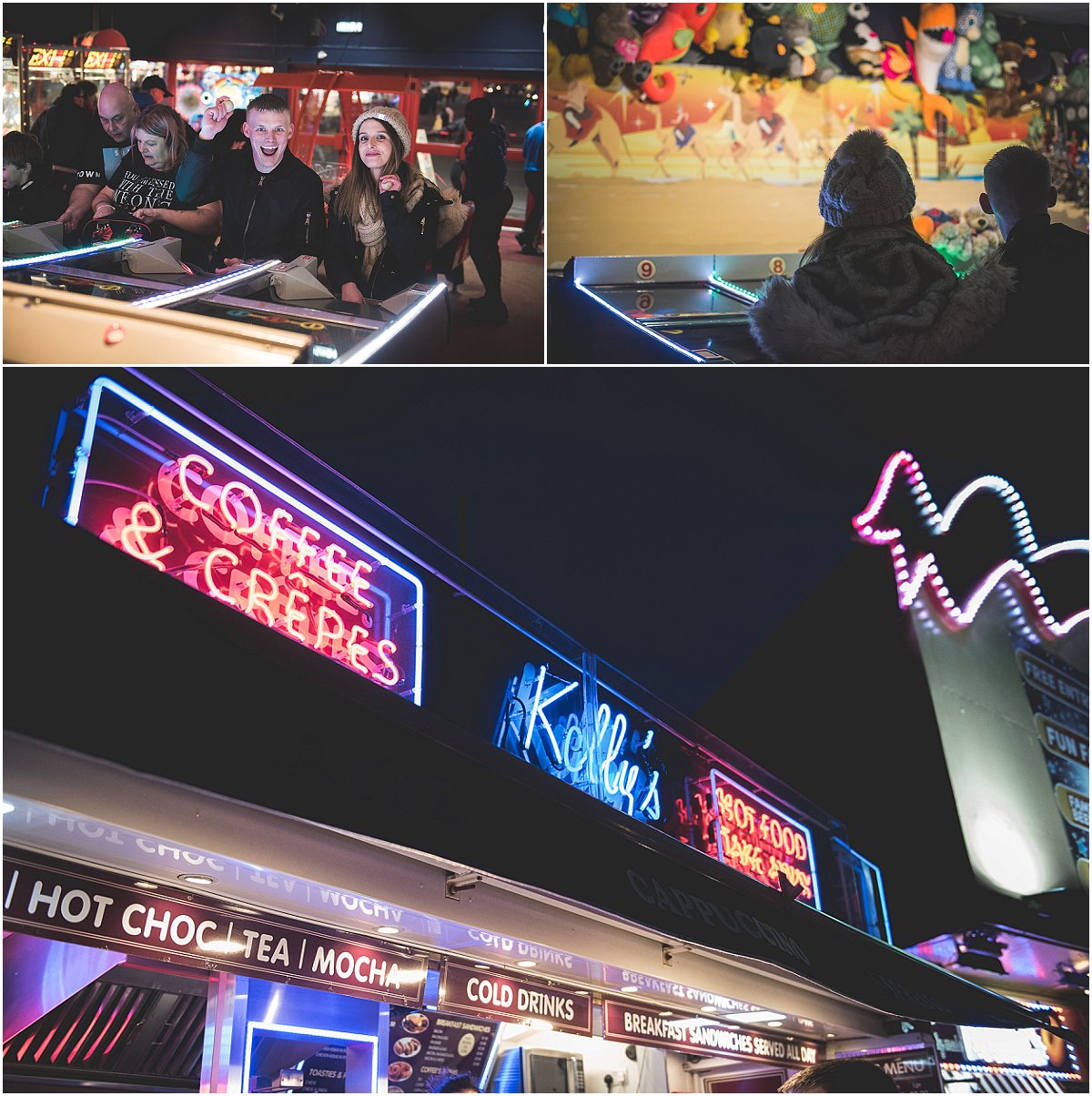 After such a great night we decided to round it all off with some creative lighting shots.  Just something simple to round the night off nicely and wind down from all the crazyness. We loved this shoot so much, something different & out of the ordinary. The images really show what a great time A&M had and I hope we did a good job of re-creating their first date nearly 10 years down the line. 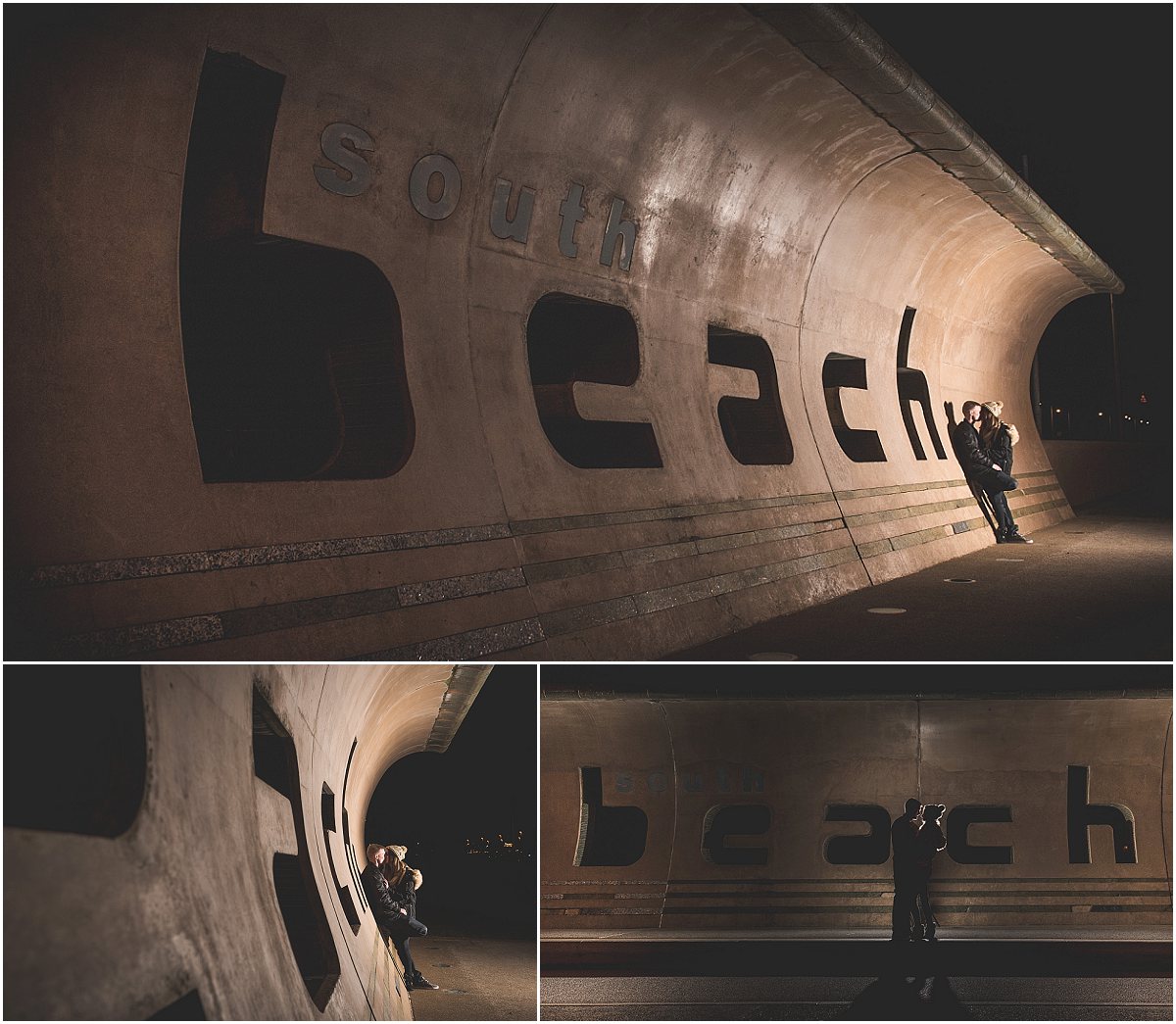 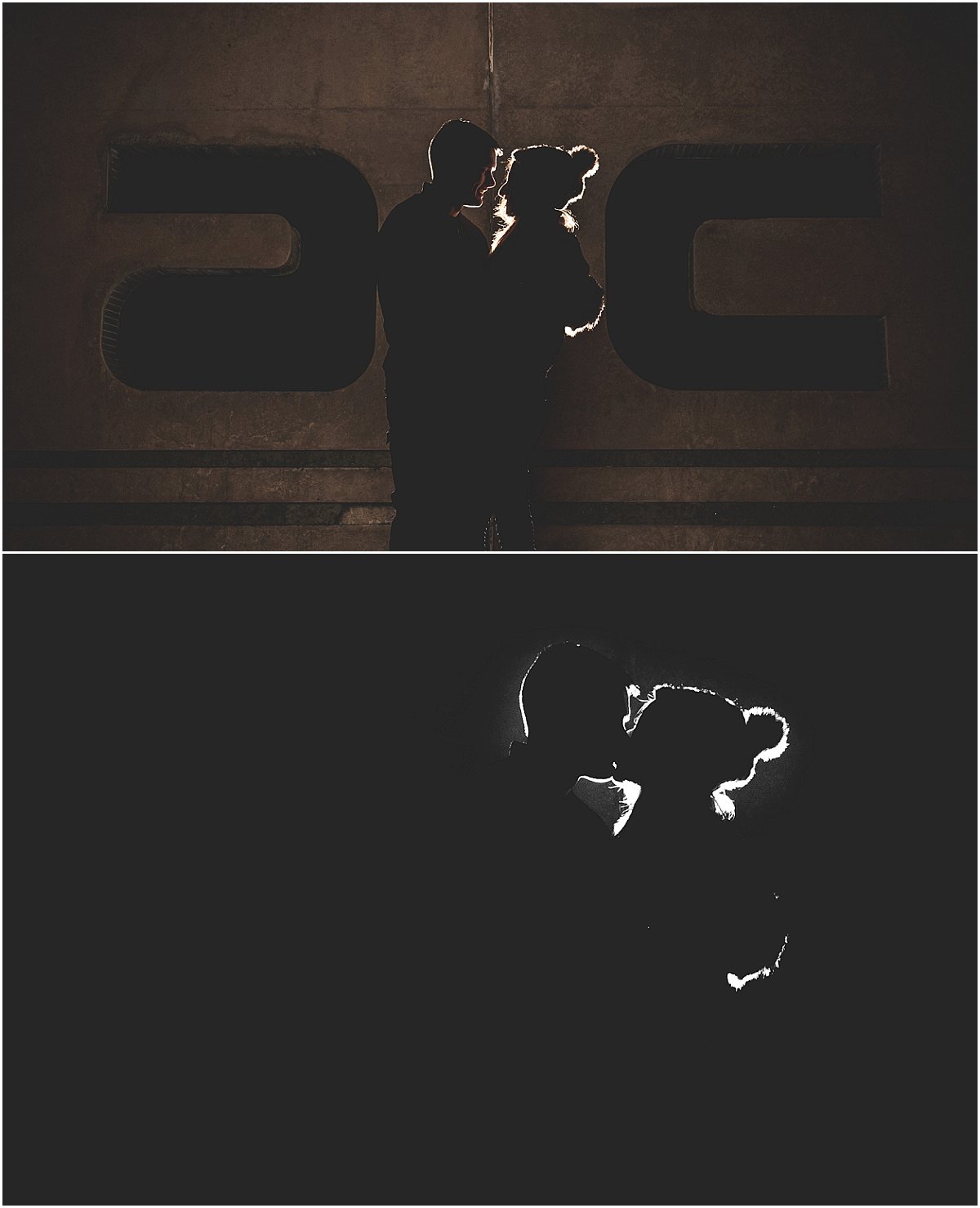 Now the fun really begins. Angela & Matt get married in May at Ferraris Country House and if their Pre-Wedding shoot was anything to go by, we will be having an amazing time again celebrating such a special day with A&M.

Still looking for your Wedding Photographer? We include a free Pre-Wedding couples shoot with all of our bookings. Why not get in touch for a chat